A Merit-Based Immigration Executive Order: What to Expect

The current Administration has followed through with a number of changes to our immigration system already.  Thus, if the President is proposing another immigration-related Executive Order, we should assume that it will likely come to fruition.

Accordingly, in this article, we will first take a look at how the U.S. currently allows people to immigrate to this country.  Then, we will discuss how a merit-based system may be carried out.  If you have more questions, we invite you to contact us at Ashoori Law.  Feel free to call us at +1-818-741-1117 or you may schedule a free consultation by clicking this link.

How Do People Currently Immigrate to the U.S.?

Currently, our immigration system provides multiple categories in which to legally immigrate to the U.S.  They are as follows:

In sum, our current immigration system provides multiple ways to obtain legal status in the country.

What is Merit-Based Immigration System?

As the name suggests, a merit-based immigration system would place the focus of immigration policy on people’s merit, their credentials, and/or their background.  The system would, therefore, place less emphasis on the multiple avenues of diversity, hardship, or family relations, and put a premium on a person’s merit.

The preference, under a merit-based system, would go to highly skilled people.  Essentially, the focus would be on what skills and value potential immigrants can bring to the U.S., more so than on an individual’s hardship or diversity. 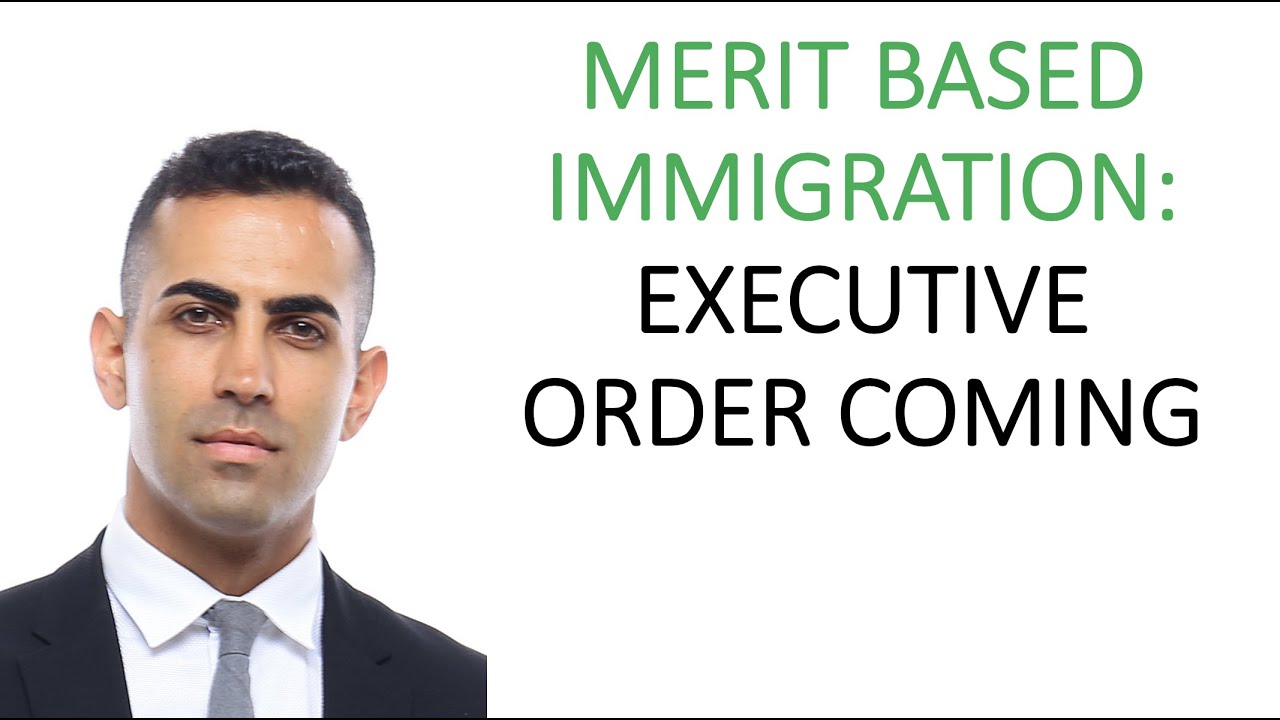 How Will a Merit-Based System Work in the U.S.?

We currently do not know the specifics of how a merit-based immigration system would work in the U.S.

That point system is what the U.S. might employ if the President’s proposal ultimately becomes an Executive Order.

It is unclear at this point what factors the U.S. might use in any merit-based system it employs, but we at Ashoori Law are closely monitoring the situation for developments.