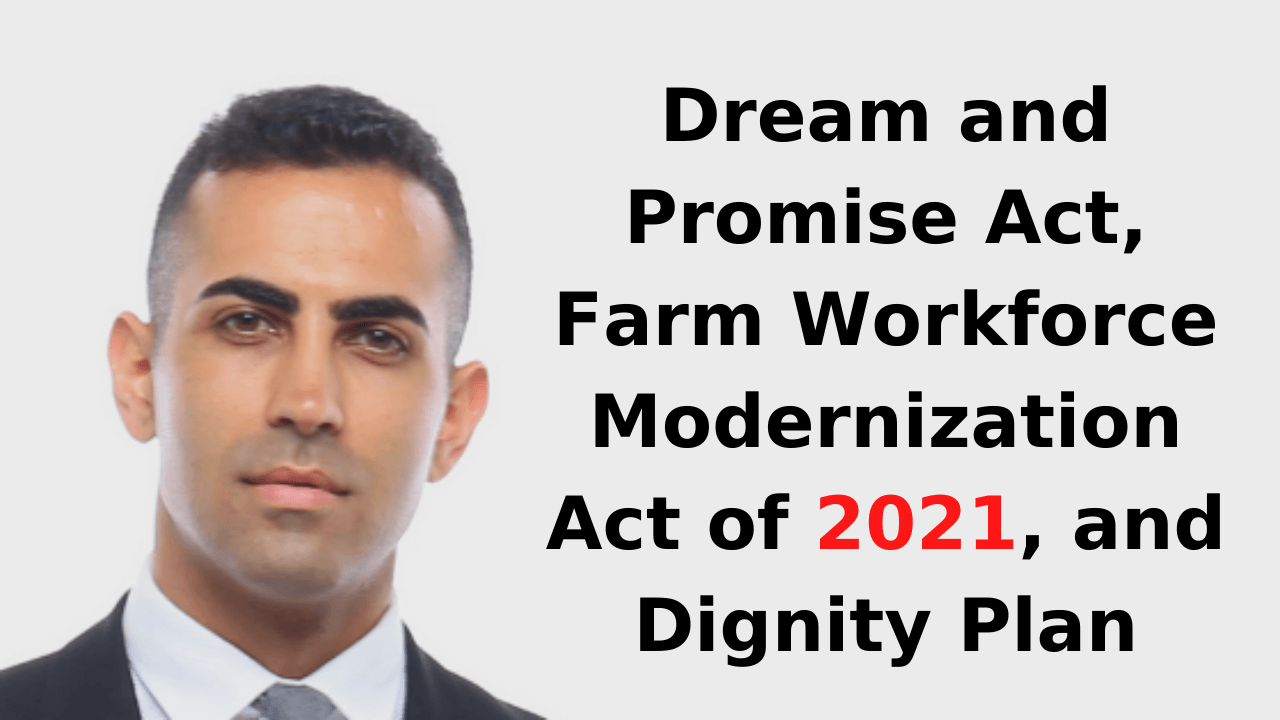 We are Ashoori Law, led by U.S. immigration lawyer Michael Ashoori. At our law firm we work with clients from all over the world, and we regularly post articles and videos to make sure that you are up to date with the latest immigration news.  If you have any questions, then we invite you to contact us at Ashoori Law.  Feel free to call, text, or WhatsApp message us at +1-818-741-1117 or you may request a free consultation by clicking this link.

Update 1 – The House Passed the “Dream and Promise Act”

The House has officially passed the Dream and Promise Act.  The Act is a bill that provides a path to citizenship for Dreamers.  As you may know, Dreamers are undocumented immigrants who came to the United states as minors.  Currently, it is estimated that there are about 2.3 million Dreamers.

There are a few important details that you need to know about the Dream and Promise Act.  The bill passed the House by getting unanimous support from Democrats and the support of nine Republicans.  The bill, however, has yet to become law.  In order to become law, the bill has to pass in the Senate, which has not yet happened.

The House has also passed another bill called the Farm Workforce Modernization Act of 2021.  This bill would provide for a path to legal status for over a million farmworkers in the United States.  The bill passed the House with the support of all but two Democrats, and the support of 30 Republicans.

The way this bill works is that it first allows certain agricultural workers to earn legal status.  After a period of time, those workers could be eligible to apply for permanent residence, also known as a green card.  Another important point to mention, similar to the first bill we discussed, is that this bill has only passed the House.  In order for the bill to become law it also has to pass the Senate.

House Republicans have introduced their own version of an immigration reform bill, and it is called the Dignity Plan.  This bill has not been voted on, it has only just been introduced, but we wanted you to know some of the aspects of this bill so that you can have an understanding of some of its elements.  Here are five basic initiatives of the Dignity Plan:

It is worth repeating that this bill has not passed the House yet.  It would need to pass the House and Senate to become law.  Also, it is important to understand that the five points above are only some of the highlights of the bill.  There are other provisions of the bill related to those five basic initiatives.

2021 is shaping up to be a very active year for Congress on the immigration front.  As always, we will continue to monitor for developments on this front.

My name is Michael Ashoori and I'm a U.S. immigration lawyer and the founder of Ashoori Law. If you have any questions, feel free to call, text, or WhatsApp message us at +1-818-741-1117 or you may request a free consultation by clicking this link.