Since the start of the COVID-19 Pandemic, travel in and out of the United States has been restricted to varying degrees, and now it appears that it might get even more difficult to come back into the U.S. in the next few months.  Because of this, our firm has been getting a lot of questions from U.S. lawful permanent residents (green card holders) about whether their permanent resident status will be jeopardized because they are unable to get back to the U.S.

To begin, lets cover some of the basic timelines that you should know if you are a lawful permanent resident traveling outside of the U.S.

During this time of the pandemic, a lot of permanent residents who were planning on coming back before the one-year mark are now in a situation where they are facing a lack of flights along with travel restrictions preventing or limiting travel back to the U.S. This has posed many challenges for U.S. lawful permanent residents, who now risk jeopardizing their green card status.

As you can see above, your permanent resident status is impacted by how long you have been outside of the U.S.  So, here is a quick guide to what you should do based on the length of time you have been abroad.

Now, if you are like many permanent residents abroad during this pandemic, then the three scenarios above may not apply to you.  In other words, you may be in a situation where you are without a reentry permit, and even though you planned on coming back to the U.S. before a year, you are worried that you will not be able to get a flight back before you pass the one-year mark.

If you are in that situation, then you should start putting things on the record with your local United States consulate or embassy.  That means that you should contact the local U.S. consulate or embassy and let them know your situation.  Let them know that you intended to come back to the U.S. sooner, but you have had difficulty getting a flight back because of the pandemic.  Also, be sure to keep track of your contacts with the consulate or embassy by (i) saving the emails you send, (ii) keeping a copy of the letters you send, or (iii) keeping a diary of the phone calls you make. You should also contact USCIS to inform them of your current predicament. Additionally, you should keep any documentation showing your attempts at securing travel back to the U.S. 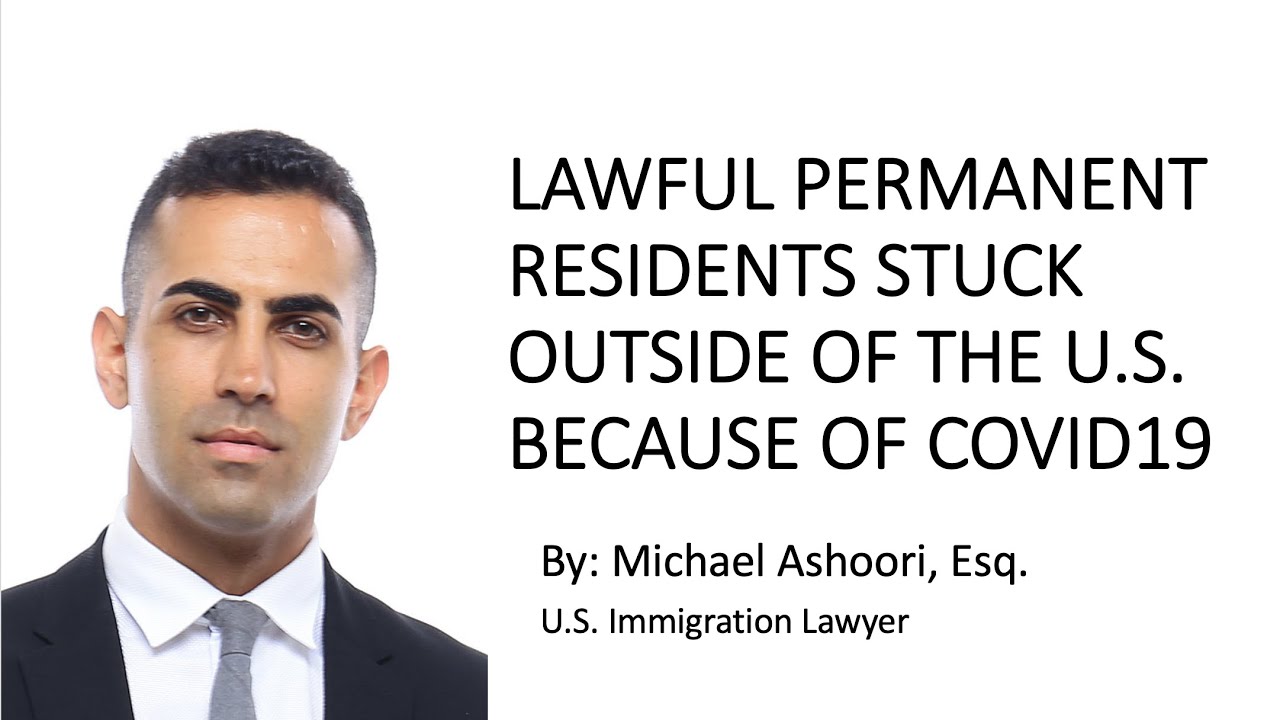 Why Should I Contact the Local U.S. Consulate or Embassy?  In Preparation to Apply for a Returning Resident (SB-1) Visa

There is a special visa that is available for just the kind of scenario that is happening now during this pandemic.  If you feel that you are stuck outside of the U.S. for reasons beyond your control, then you may be eligible to apply for a Returning Resident (SB-1) visa.  The SB-1 Returning Resident visa is precisely for green card holders who stayed outside of the U.S. for longer than 1 year based on circumstances beyond their control. To obtain this visa, it is helpful to start compiling evidence now to support the reason why you stayed outside the U.S. longer than you anticipated.

To be eligible for a Returning Resident (SB-1) visa, you need to prove to a Consular Officer at the local U.S. consulate or embassy that you:

Accordingly, proof of your efforts to returning to the U.S., contact the U.S. consulate or embassy as well as USCIS, before you hit the one-year mark will be very helpful in obtaining the Returning Resident visa if you ultimately need to apply for one.

The pandemic has caused a lot of confusion with regard to travel plans.  The information above can help you figure out the best way to protect your permanent resident status in the U.S. if you are struggling to return to the U.S. as a lawful permanent resident.  As we discussed, if you are a permanent resident and your time abroad is coming close to the one-year mark yet you see that travel back to the U.S. is restricted, then you should start compiling evidence to be used in your application for a Returning Resident (SB-1) visa.

My name is Michael Ashoori and I'm a U.S. immigration lawyer and the founder of Ashoori Law. As an immigration lawyer, I help families, professionals, investors, and entrepreneurs get visas, green cards, and citizenship to the United States.  If you have any questions, feel free to schedule a free consultation by clicking this link.