A lot is going on in immigration news these days, and we’re here to keep you updated.  In this article, we discuss four updates in U.S. Immigration policy:  (i) we have new restrictions on travelers coming from the Schengen region and other areas; (ii) there is a new citizenship exam for those coming to the U.S.; (iii) President Biden has cancelled Presidential Proclamation 10014; and (iv) we also have some updates regarding the lawsuit filed to block the deportation freeze implemented by the Biden Administration.

We are Ashoori Law, led by Michael Ashoori, a U.S. immigration lawyer based in Los Angeles, California.  At our law firm we work with clients from all over the world, and we regularly post articles and videos to make sure that you are up to date with the latest immigration news.  If, after reading this article, you have more questions about recent immigration updates, then we invite you to contact us at Ashoori Law.  Feel free to call us at +1-818-741-1117 or you may schedule a free consultation by clicking this link.

The important message that we want you to take away from this news is to know that if you plan on traveling to the United States from the Schengen area, and from the UK, Ireland, or Brazil, and you've been physically present within one of these regions within the last 14 days, you need to be mindful of this executive order to see if you qualify for one of these exceptions that would permit you entry to the United States.  Please note that U.S. citizens and lawful permanent residents are not subject to this executive order.

2. Back to the Old Citizenship Exam

USCIS has just announced that they are going back to the 2008 version of the naturalization civics exam.  As we have discussed in previous posts, when you apply for citizenship the process is called “naturalization,” and towards the end of the process you have to take a civics exam.  The exam asks you to demonstrate your knowledge of U.S. government, U.S. history, and U.S. civic value.

Back in 2020, the civics exam changed.  Some of the changes included an increase in the number of questions on the exam, and an increase of the potential question bank that you could be questioned on.  When those changes went into effect, there was a lot of pushback, a lot of criticism, and comments that there was not enough preparation time for people to implement these changes.

Well, last week, USCIS indicated that they will be going back to the 2008 version of the civics exam.  This is wonderful news for anybody who is planning on applying for citizenship or who already has a citizenship application pending.

The 2008 version of the civics exam – which USCIS will now be offering – is a 10-question exam where you have to get six of the questions right to pass.  In other words, you need a 60% pass rate to pass the exam.  There is a total bank of questions consisting of 100 questions again, and that is the exam that USCIS will now be issuing.

3. The End of Presidential Proclamation 10014

This is marvelous news for many people – last week President Biden ended Presidential Proclamation 10014.  This proclamation was the executive order that was signed back in April of 2020, suspending the issuance of immigrant visas for various classes of people, such as the spouse of a lawful permanent resident or the sibling of a U.S. citizen.  This executive order was set to expire on December 31, 2020, and it was later extended all the way through March 31, 2021.

When President Biden was elected, many people thought that this executive order was going to be rescinded immediately.  Now we are happy to report that as of last week, on February 24, 2021, Proclamation 10014 is now revoked.  This truly is wonderful news for thousands and thousands of people who have been waiting to apply for their immigrant visas.

Please note that many consulates are still facing limited availability for visa interviews due to COVID-19, and those limitations are still in place.  Yet, the fact that this executive order has been rescinded is still a huge win for the people who were impacted by this executive order including, the spouses of U.S. lawful permanent residents, the siblings of U.S. citizens, Diversity Visa Lottery winners, and other classes of people. 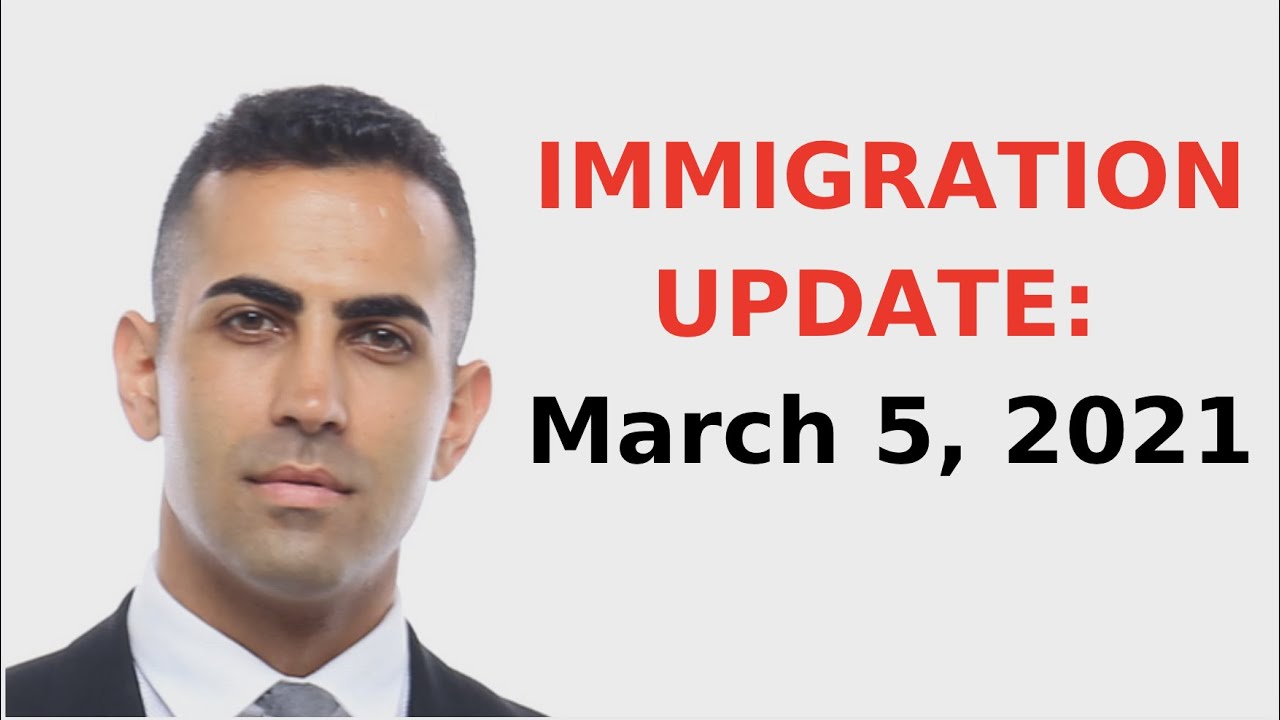 Allow us to clarify.  Back in January, the Biden Administration put forth a 100-day freeze on deportations.  In other words, the Biden Administration planned to stop deportations for many different classes of people for a 100-day period.  When this policy went into effect, the State of Texas sued to block enforcement of this policy, claiming that it would cause a tremendous amount of harm to the State of Texas.

If you know anybody who can benefit from this information, then please make sure to share this article and related YouTube video with them.  At Ashoori Law, we are all about empowering you with knowledge, so the more people share this important immigration information, the better.

My name is Michael Ashoori and I'm a U.S. immigration lawyer and the founder of Ashoori Law. As an immigration lawyer, I help families, professionals, investors, and entrepreneurs get visas, green cards, and citizenship to the United States.  If you have any questions, feel free to schedule a free consultation by clicking this link.