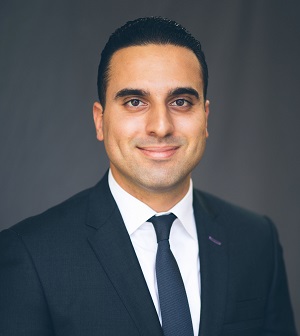 Eman M. Zokaeim is a U.S. immigration lawyer and serves as the client manager at Ashoori Law.

Mr. Zokaeim’s prior experience ranges from working for the United States Bankruptcy Courts, a high-tech real estate startup, and working in-house for one of the largest privately held real estate development companies in the nation.

As the son of immigrant parents, Mr. Zokaeim has an appreciation for the United States immigration system and believes in the opportunity for everyone to live their own American Dream.

Prior to law school, Mr. Zokaeim received his Bachelor of Science degree from CSUN’s David Nazarian School of Business & Economics where he double majored in both Finance and Real Estate with honors.

Do NOT follow this link or you will be banned from the site! Scroll To Top